If you look carefully into all media works around you, you will find a lot of pictures, films and movies (even part of them) which have been shot entirely with high quality camera smartphones. This issue is becoming into a regular way to work for artists, photographers and filmmakers specially because it reduces costs dramatically, and because to get a high quality camera system smartphone is so easy. Camera (full equipment) is obviously main image capture object into a filming team, and due to this, cheaper and high resolution recording systems equipped by today’s smartphones are highly preferred (if money is no enough for a better filming team). On July this year, it will be released a movie shot on an iPhone entirely.

Take your iPhone to shot a movie, you are not alone… A movie shot on an iPhone is coming on theaters

Tangerine is the name of the movie which has been shot entirely with an Apple iPhone 5S and Filmic Pro app. Directed by Sean Baker it was released on theaters by first time on January this year because this movie was at Sundance Film Festival as a surprise, as said by The Verge, for everybody. It will hit theaters on July 10th and it’ll be released in New York and Los Angeles. After that, this movie will go away to a wide list of cities to be released on their theaters.

There’s no better smartphone ‘in the world’ to shot a movie like Apple’s ones. As all we know iPhone 5S has a good optical and camera sensor system, and it builds up to 128GB storage ‘HD’ for you to breath quietly while you are filming, don’t worry about short scene storage.

We should wait to watch this movie, Tangerine, but now is gonna hit from Sundance Film Festival to whole world. Do you like to look into? Follow this link. 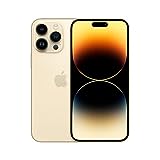