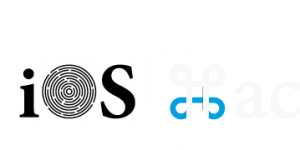 Yes, it is true….since yesterday 10th April 2015 at 12:01 PM (Pacific time), Apple Watch is ready to be pre-ordered by anyone (only in selected countries) and at the same time, Apple Watch was put on special Apple Store’s try-on counters. Amazing! if you live or you are close to one of these Apple stores, you can look at new stores decor based on Apple Watch and you can go in and try Apple Watch on live by check its features. Let’s go in and put it on your wrist and let us know you how you feel.

Since yesterday, Apple Watch is ready to be pre-ordered by anyone

Apple has spent 38 Million dollar in last month by showing up Apple Watch television ad at least more than 300 times on best EE.UU channels. This money quantity is less than 42 Million dollar of the iPhone 6 and iPhone 6 Plus television ad investment. But we should know that iPhone 6 and iPhone 6 Plus ad investment was for 5 month long and the Apple Watch has only had, by now, one month long. Anyway, Apple is hitting strong at EE.UU. with this television advertisement campaign because citizens can watch Apple Watch ad while they are enjoying with “The Walking Dead” or song contest “The Voice”. For example, singer and contest judge Mr. Pharell Williams wore on his wrist one Apple Watch while “The Voice” was running on.

I want you to know about a wonderful highlight Apple Watch feature. It is referred on Apple Watch known Wi-Fi networks auto-connection without the iPhone. You can turn off your iPhone while you are in a known Wi-Fi network because your Apple wrist watch will connect itself to it. It will work alone and you will enjoy messages, draws, some push notifications and other features while iPhone is down… Amazing! With this feature we will save battery lifetime on both Apple Watch and iPhone.

Apple Watch pre-orders had started in selected countries yesterday and due to this, Apple has said today that it has been amazing, because they are receiving a lot of pre-orders. It seems that Apple Watch is going fascinate everyone as expected (for me, at least). It is true that maybe is so expensive as a wrist watch, but sure it is the best one on the smart–watches world. Let’s enjoy it together…. 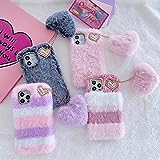